My mother phoned me the other day to let me know that her cousin was about to put gutter screens on his home. This guy had had a sales visit from a competitor system, a gutter screen with a stainless steel filter on it, and he decided to buy on the spot.

It was quite a story. My mother’s cousin had been given a big sales pitch that the competitor system was the top technology in a consumer magazine. That alone, apparently, was a reason to buy. Okay, but for anyone that’s starting to do some research on gutter guards, do you actually get to see the test and how they tested? Not likely. In fact, the test involved a shed-like structure with a roof with a very low pitch on it. About 90% of the houses in North America have steeper roofs that that. It’s easier to get gutter guards to work on flat roofs. Take a steeper roof pitch, say 6/12 (which may be the most common pitch you’ll find on homes), and watch what happens to gutter guards. When water starts shooting over them, they start to fail. Go steeper. More fail.

MasterShield won’t fail. It’s the only gutter guard available that can take water vertically. And it’s a pretty neat sight to see. And we handle roof oils better than other gutter guards, something not even included in this test. What causes gutter guards to take less water over time? Plain and simple, it’s roof oils, which companies like GAF actively acknowledge leach from their shingles.

We put hours and hours into the MasterShield Blog specifically to help homeowners avoid, um, malarkey like this. We’re out there on our soap boxes, saying an oil test is critical, the issues with installing a gutter guard flat, why an extruded gutter guard has issues we won’t have, what happens when thick products try to pitch with the roof and what happens with plastics. I could go on, but you get the idea. No big promises here on the MasterShield blog. Just an education in what you want in your gutter screens. 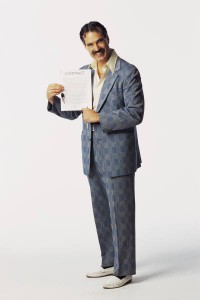 An education, by the way, that my mother’s cousin was not getting. The answer to everything this very nice cousin had learned from us was parroted back by the sales guy! And when the cousin brought up MasterShield, we’re apparently “flimsy.” Obviously, this sales guy had missed gutter guard expert Alex Higginbotham smashing MasterShield with a 20 lb. dumbbell or just didn’t want to think about what happened to the product after he did hit it (it bounced back in place). Word on the street is that the sales guy’s company is privately in awe of our “trampoline qualities” (their words, not ours). But this was a SALE folks, and the SALES GUY was going to do/say/promise anything he had to and use whatever he had in his sales arsenal to close the sale. And in this case, it was over $2300 for a small ranch house.

My mom’s cousin had actually fallen off a roof and never wanted to get on a ladder again. I understand so well why he wants gutter screens. But, fellow homeowners, the impulse to believe the sales guy has to come second to your own research. Take a look and see who’s out there commenting on roof oils, moss, tar. Because we are, and we think we’re alone in doing so. We’re not just saying yes, we can handle it so we can close the sale, we’re here on our blog addressing the issues even before you pick up the phone to call us. You’ll be smarter for knowing the pros and cons of a gutter screen’s performance in advance and your experience in owning a MasterShield system will be more satisfying because of it.

As for my mom’s cousin, he got the benefit of having a chat with Alex Higginbotham, MasterShield’s inventor, which opened his eyes quite a bit on what to expect from his gutter guard experience. (Yes, I could have had the conversation, but even we’re not always above a few quiet theatrics on occasion.) Have you had a similar “hard-sell” experience? Let us know about it!